We want to support local struggles against airport expansions

AND…. we want to finally get together again and connect as a growing global movement against the dangerous growth of aviation and the industry’s greenwashing while strategizing together in the fight for a global fair mobility system. 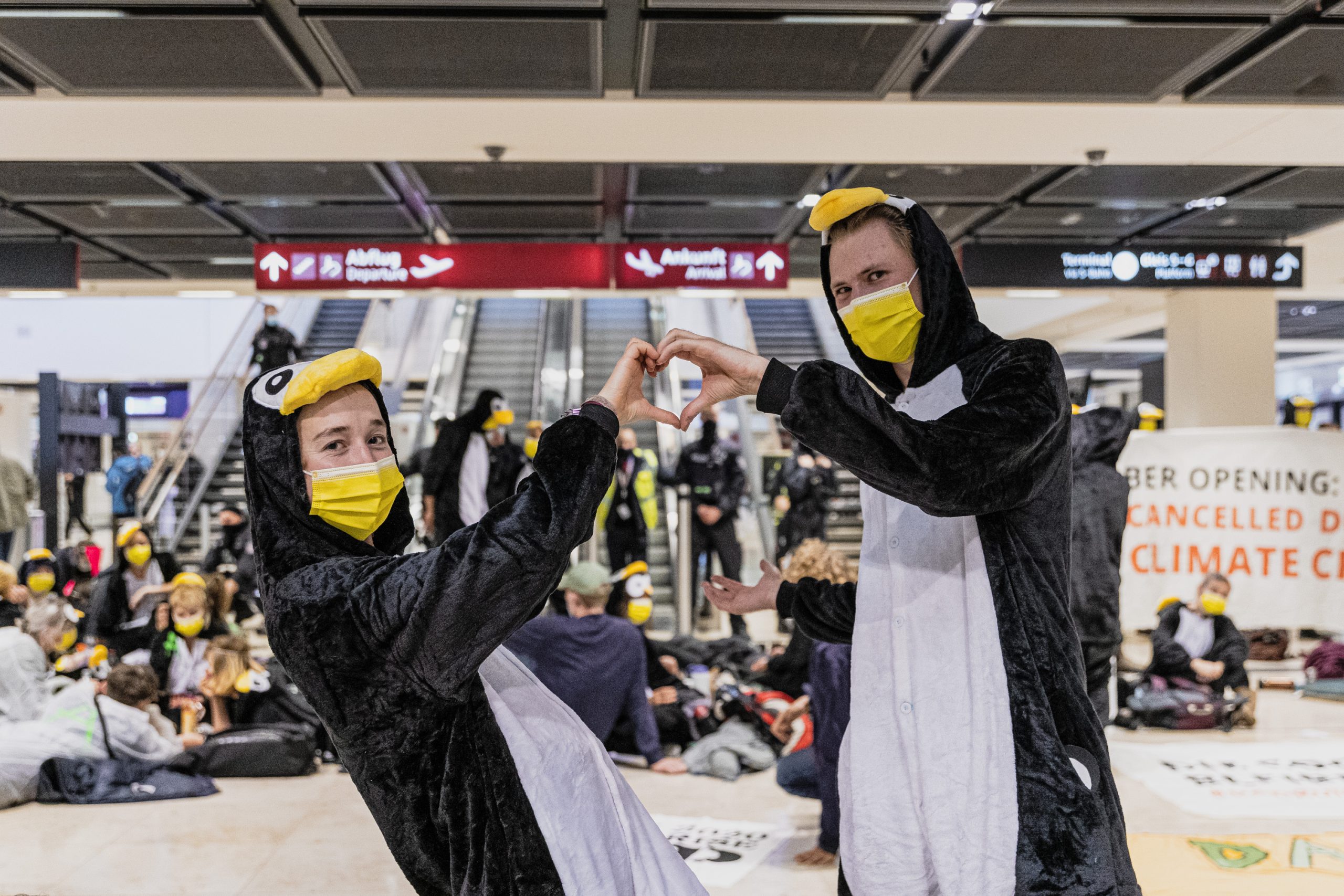 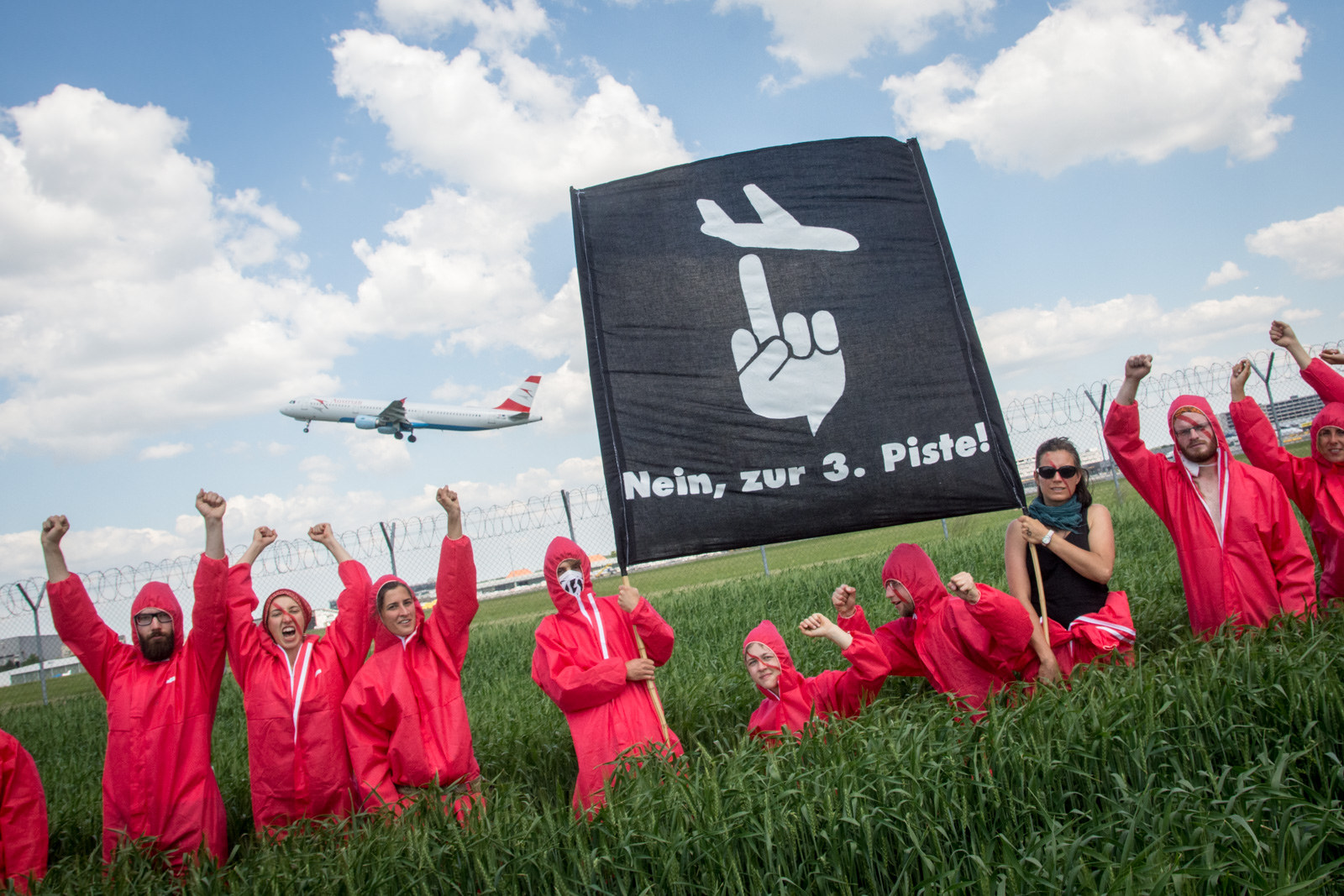 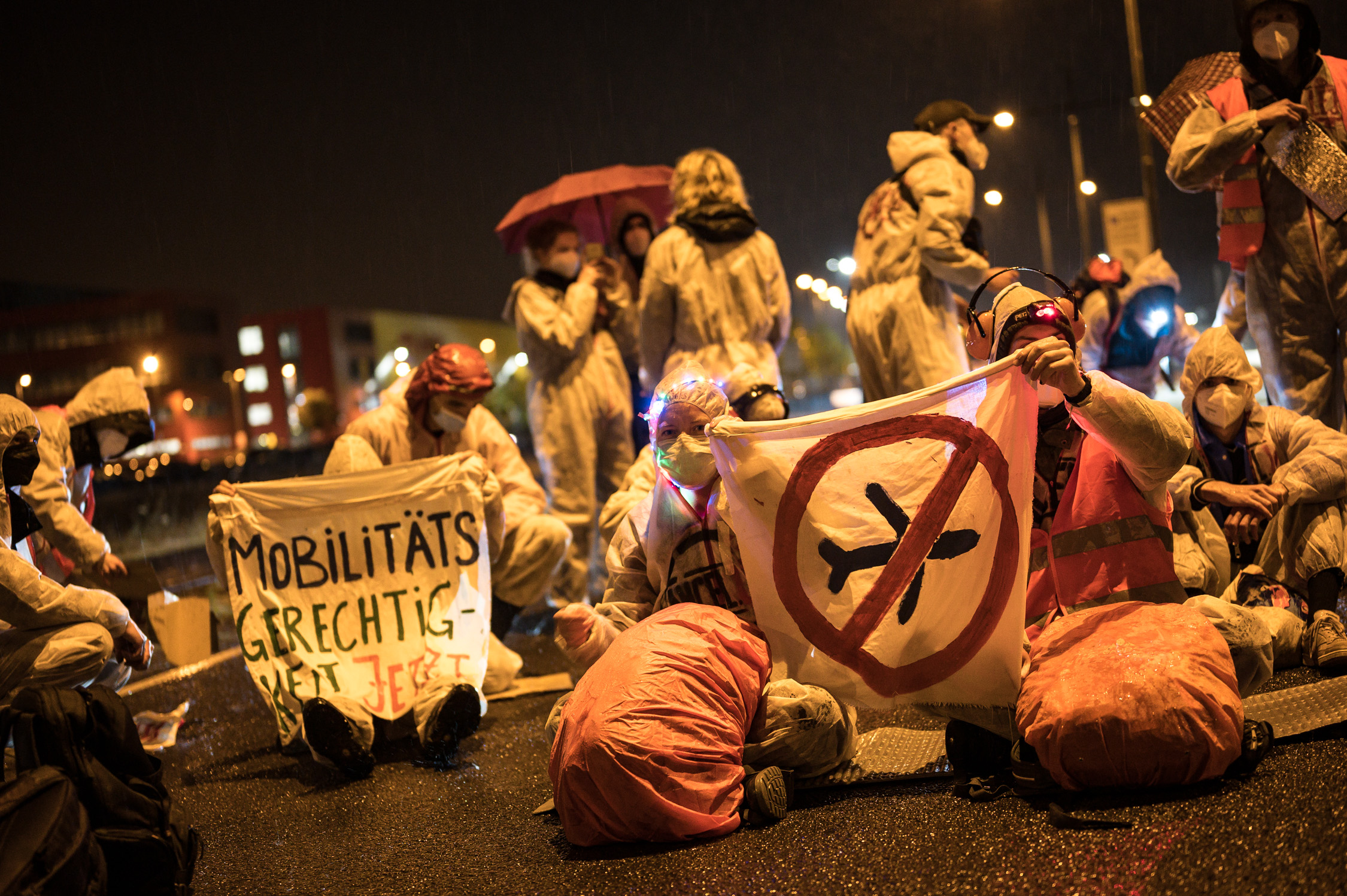 After the setback of the Covid-19 pandemic the aviation industry is planing to return to pre-covid flight loads and goals for growth despite being one of the fastest growing and most climate-destructive sectors.

We cannot let this happen: faced with the decades-old inaction of world leaders and the constant use of greenwashing and neo-colonialist tactics by the aviation industry and politicians, we need to join together as a united force ready for action, with renewed power and enthusiasm!

To kick this off, this October, the Stay Grounded network is joining together with NADA (Non à l’Agrandissement de l’Aéroport), an organization resisting airport expansion in Lille, for a conference directed at taking action to reduce aviation. The conference will be a place to reunite with activists from all over Europe and beyond and to welcome new faces to the movement. We’re going to share experiences and ideas for aviation-related actions, discuss tactics and strategies to reduce air traffic and think about what can be the most effective ways of mobilizing for the global fight against airport expansions and dangerous greenwashing but also strategize on how to advance measures like a frequent flyer levy, bans on flights and improvements of alternative grounded mobility.

The conference will culminate in an action against the Lille-Lesquin Airport expansion, and it will also serve as the breeding ground to kick-off a global day of action in 2023.

The conference workshops and panels will be focused on actions to counter aviation and the different aspects involved in taking action against the industry. These sessions will be a place to share experiences, think about what has been done and where we are in the struggle of countering aviation. We will also discuss why actions are important and build new ideas for strong actions and strategies. Some of the main questions that we want to answer are:

We have put together a programme that touches on several different aspects of what it means to take action for countering aviation. When making this programme we looked at what is being done throughout the movement against aviation and have attempted to capture and share elements of the movement that will inspire us to organise and mobilise for a climate-just mobility system.

Note: The current programme might still be subject to some minor changes, and further guests and hybrid workshops will be announced soon.

On Wednesday, 5 October, we’ll kick off the conference with a panel focusing on the importance of direct action for countering aviation. To exemplify the need for direct action, we will learn about the local struggle against the Lille-Lesquin airport expansion and connect this to other anti-airport struggles in France and around the world.

On Wednesday evening, we want to present the local struggle against the Lille-Lesquin airport expansion and connect it with a global solidarity perspective by highligting the relationship this struggle has with other anti-airport struggles around the world. We will welcome representatives of anti airport struggles from France and other parts of the globe along with Eraldo Sousa dos Santos, a writer and lecturer in global history. dos Santos has written about resistance movements, the anti-airport movement and civil disobedience. Together, we willtalk about the importance of taking action to stop airport expansion and to fight for climate justice.

Afterwards we will introduce a general discussion about the problems of aviation, with an open Q&A, and finish with a summary of how to navigate the programme over the next few days.

On Thursday, 6 October, we’ll delve into the importance of global solidarity for working together as a strong movement that is able to take on harmful neocolonial infrastructure projects worldwide. We will also have several workshops throughout the day focusing on various aspects of actions to counter aviation. In these workshops we will gather diverse experiences and visions that can be used for furthering our understanding of the role of actions in our collective struggle.

With representatives of Filipino organisations

The construction for a massive airport and airport city complex, an ‘aerotropolis’, in the Bulacan province, Manila Bay in the Philippines is underway. The aerotropolis, which is the most expensive infrastructure project to date in the Philippines, is projected to triple the capacity of the existing main Manila airport. Present and future social and environmental impacts on fishing communities and coastal ecosystems have triggered a powerful movement of community groups and organizations to resist to this disastrous project at local and international level. In this session, we will hear from representatives of fisherfolk groups, AGHAM and Kalikasan People’s Network for the Environment about their stories of resistance and experiences of struggle that can be replicated elsewhere.

5:00 – 7:00 pm
Panel – The role of direct action for reducing aviation and building a just mobility-system

Why did we choose to focus this conference on “actions”? In this panel, we delve into the role of direct actions in a theory of change that can be successful for the movement to reduce aviation. We want to discuss how direct actions interact with other tools for social change, like raising awareness, legal challenges or advocacy; how the kind of direct actions we can organise to counter aviation can be limited by local contexts and targets (i.e. direct actions at airports); and what exactly “non-violent” direct action entails. For this we will be joined by Simon Teune and Graeme Hayes, two sociologists with a strong connection to social movements and climate protests.

Indeed, flying is the most polluting thing that an individual can do and Lorenzo has flown a lot! Shocked by this he sets out on a journey of discovery into the aviation sector, in the company of his boisterous, nagging and above all charismatic Sense of Guilt. His journey – by bus, train and foot – will take him to Cop 26 in Glasgow to understand the solutions towards this problem, learning about just how polluting flying is, the fake technological solutions proposed by the aviation industry, and the inequality that flying entails.

On Friday, 7 October, we want to reflect on past lessons and where we need to go moving forward as a movement. We want to build on the knowledge and visions gathered in the previous days to discuss what should be priorities for the movement in the next year, and imagine what a global call to action for countering aviation in 2023 could look like.

9:00 – 10:00 am
Keynote – Strategies for a grounded future: lessons learned from victories and failures

In this session, we want to look back on the recent past of the movement to counter aviation to understand where we stand in the global struggle for the reduction of aviation and how we can move forward. For that, we will be joined by Sara Mingorría, who will bring us her insights from her experience at Zeroport (network struggling against the ports and airports expansions in Catalunya) and Celeste Hicks, who will share with us lessons learned from the struggle against the expansion of Heathrow Airport, after recently publishing the book Expansion Rebellion that delves deep within this story. This session aims to serve as a starting point and inspiration for the strategic discussions that will take place afterward and that want to look at what should be priorities for the movement in the next year.

5:00 – 7:00 pm
Panel – Towards strategic action in 2023 and beyond: weaving the results of discussions together

In this panel we will consider the results from the strategic working group discussions on Alliances, Global Solidarity, Communication, Tactics and Targets. We want to present and debate about some conclusions towards defining objectives and determining priorities for the movement for the reduction of aviation. We will also put forward proposals for what a global call to actions in 2023 could look like and how it would fit into a bigger strategy.

On Saturday, 8 October, since the struggle is collective, we hope after several days together, we have been able to strengthen bonds, solidify ties within the movement and have had time throughout the conference to really get to know each other and enjoy each other’s company. On this day we’ll have some additional workshops in the morning and in an ultimate act of solidarity, we’ll take to the streets in the afternoon for a symbolic action against the Lille-Lesquin airport expansion.

2:00 – 5:00 pm
Action against the expansion of the Lille-Lesquin Airport
More information about the action will be provided during the conference.

5:00 – 7:00 pm
Gathering, highlights from the action and what comes next
After the action, we want to join together to exchange feelings and experiences, think collectively about how it went and also announce some exciting upcoming actions to counter aviation.

On Sunday, 9 October, we’ll take advantage of having so many European Stay Grounded members gathered in Lille, and have a European Network Meeting to discuss the outcomes of the conference.

The conference will take place close to the train station in the nice quartier of Fives.

Upon your arrival you should visit the MRES, where you will receive a map with a detailed overview on the programme and the spaces.

How to participate in the conference?

It’s important that you register early so we can plan ahead in terms of accommodation and food, and include transportation expenses in our budgets (if you need financial support).

Help us organize the conference

We still need support to make this happen! If you are interested in supporting the organizational process for the conference, please send an email to actionconference[at]stay-grounded[dot]org. Please tell us if you have experience in aviation-related actions and what you could/would like to contribute.

The action conference will be flight free. We don’t want people to be hindered from participation because of money, so we have a small budget to support travel costs. Please indicate in the registration from if you need support for travel costs. The panels, keynotes and some of the other sessions will be offered in a hybrid format to allow participation by our members and allies from all over the globe. Even so, we want this to be a moment for people to join together again in person, and we strongly encourage everyone from countries reachable by grounded transportation, to join us in person.

The conference will mainly be held in English, with interpretation into French and partly Spanish.