CORSIA – better or worse than nothing? 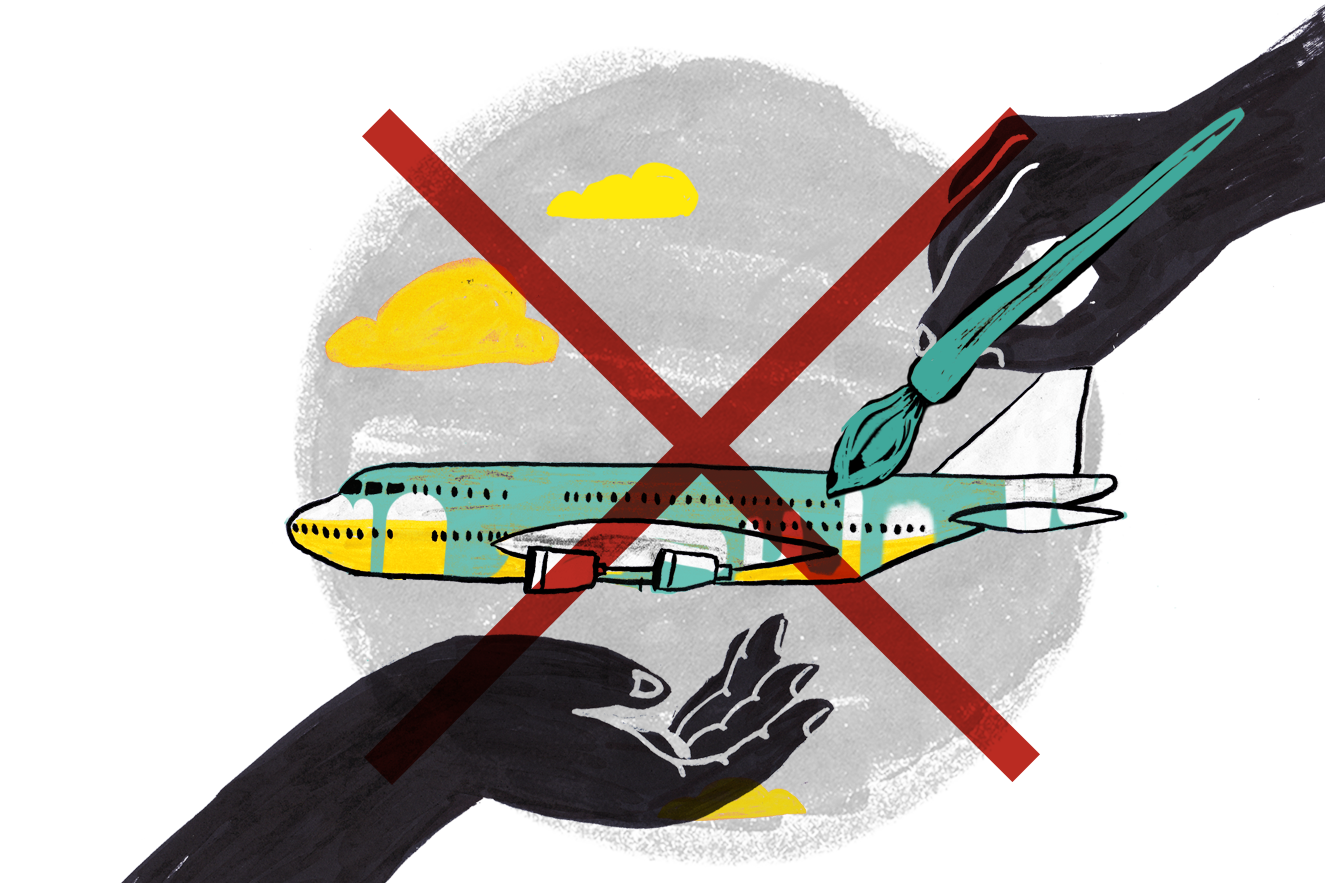 In 2016, the International Civil Aviation Organisation (ICAO) has come up with a new scheme to avoid having to cut its greenhouse gas emissions and reduce aviation, which will come into effect in 2020: CORSIA – Carbon Offsetting and Reduction Scheme for International Aviation.

The next ICAO Assembly on CORSIA will take place in Montreal from the 24th of September until the 4th of October 2019. Stay Grounded offered a webinar on the 29th of August that explained the current status in the CORSIA process and indicated ways to resist the problematic scheme. Find a shortened version of the recorded webinar, and an overview here.

Under the global CORSIA scheme, airlines can purchase carbon offsets (including ones from forest projects which can threaten the livelihoods and rights of forest dependent peoples) and use aviation biofuels (likely to rely on palm oil and palm oil products if used on a large scale) – and thereby proclaim aviation growth to be ‘carbon neutral’. The scheme might undermine other regional measures to effectively reduce aviation’s climate impact: A specific motion will be probably discussed during the coming ICAO Assembly, stating that CORSIA is the only market based measure for aviation. This should be unacceptable to the EU because this would mean that the EU Emission Trading System, currently covering aviation within the EU, would need to make place for CORSIA.

In the webinar, Almuth Ernstling from Biofuelwatch explained the problems involved with the goal of increasing the so called “sustainable alternative fuels”. The criteria for those is that they produce 10% less GHG emissions than conventional kerosene. Since palm oil is qualified as delivering 14% savings, it is qualified – with devastating impacts in the Global South and for the climate. Other studies show that crude palm oil produces three times more GHG emissions than conventional oil, if the whole life-cycle is considered. Even fossil fuels can be eligible as “sustainable alternative fuels”, if they produce 10% less emissions than conventional fuels: This could include new oil wells that are more efficient or powered by renewables. Find the powerpoint presentation by Biofuelwatch here.

Shifting instead of reducing emissions

Find more information about the problems of offsetting related to CORSIA in the report “The Illusion of Green Flying“. In spring 2019, 11 CORSIA Emissions Unit Eligibility Criteria have been adopted by the ICAO, as well as 8 Carbon Offset Credit Integrity Assessment Criteria. You can find them here. In a briefing by Carbon Market Watch, the offset credit providers that want to be accredited to CORSIA have been analyzed. Its conclusion is that “no program can yet operate in a manner which complies with all the eligibility criteria”.  This Redd-Monitor article shows the bias of the Technical Advisory board assessing the providers and also reviews the applications. It is very questionable if the ICAO will be strict enough to actually apply the criteria – even if a provider is not accepted, it can re-apply.

The last input was by Anthony Garoufalis-Auger from the Rapid Decarbonization Group in Montreal, which is also the headquarter of the ICAO. During the ICAO Assembly, mass protests are planned by a new coalition to reduce air traffic in Montreal. The coalition is looking for international support to their demands. Worldwide, the Global Climate Strike week from the 20th to the 27th also could be linked to the issue of air traffic and the greenwashing within CORSIA.

Also, it is necessary to point out the lacking transparency within the ICAO, the interdiction of media at their assemblies, and the power by the industry in this UN body. Now is the moment to inform states of their need to raise critique or even reject CORSIA – especially as the ICAO is trying to make CORSIA the only possible measure for international aviation emissions. This could undermine more serious efforts on regional levels to tackle aviation, like taxing kerosene, banning short haul flights or putting moratoria on airport expansions. There were different opinions in the discussion whether it is better to reform CORSIA (so that it is more transparent and less harmful for human rights, the climate and biodiversity), or to scrap CORSIA and rather push for regional stricter measures.