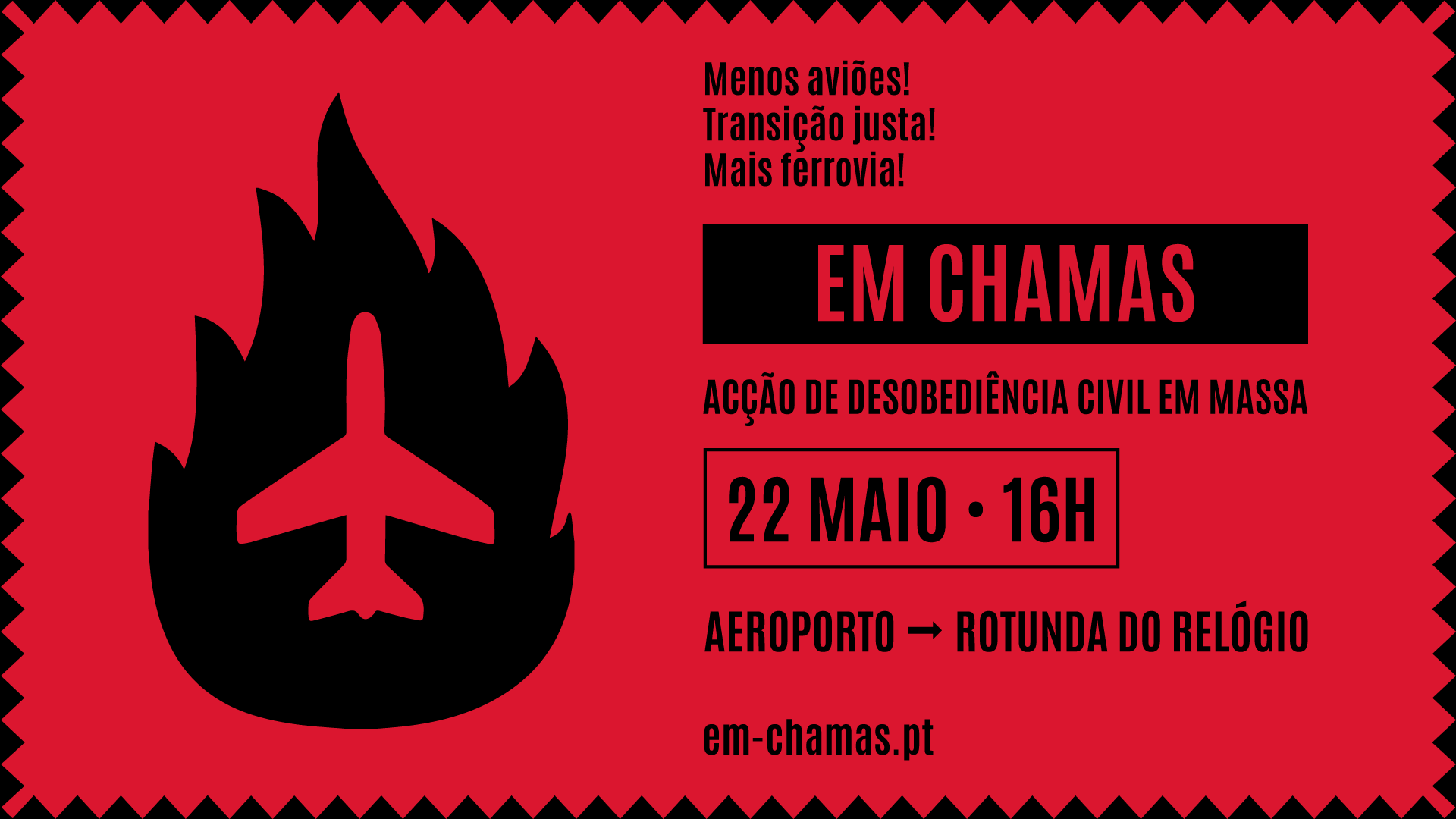 On May 22nd, we will meet in the Lisbon Airport to then march and block the roundabout “Rotunda do Relógio” putting our bodies on the frontline. We follow an Action Consensus and use the affinity groups and delegates’ plenary structures for self-organizing the action. Why?

Our house is on fire.

The system keeps failing. We’re ruled by a glaring mismanagement, leaving the people to stumble upon both the pandemic and climate crisis, protecting above all Capitalism and extractivist lobbies. Those who most needed help were left behind.

None of the crises – public health, economic, climate – can be solved while people and nature keep being employed as capital, solely serving the system and its segregating echoes.

Fear can provide fearlessness, distress can be a premonition of change and revolt.

This spring we’ll bloom the beginning of a new story, Our Story. We’ll flood the streets in an action of mass civil disobedience.

The Concept: Aviation on Fire

All around the world, the aviation sector not only collapsed but in fact collapsed on top of the workers while bailing out shareholders and the financial system attached to aviation.

In Portugal, in the nationalization of TAP Air Portugal, the government chose a restructuring of the company with layoffs and reduced salaries, instead of seizing this opportunity to launch a just transition plan for the sector that protects the rights and the incomes of the workers, provides training and jobs in sustainable mobility and hold the shareholders accountable. Such a plan could also include Groundforce and all the workers in the aviation sector.

At the same time, the government and Vinci had a proactive role in insisting in the new airport in Montijo, going as far as fast-track legislative changes to overcome administrative barriers that had effectively blocked the project.

Social and climate crises don’t just “happen”. They are brought about by the socio-economic system. Rushing for profits, corporations are burning the planet and the people. The government warrants the status quo, feeding the mortal flames we find ourselves in.

Our action is organized in three pillars: