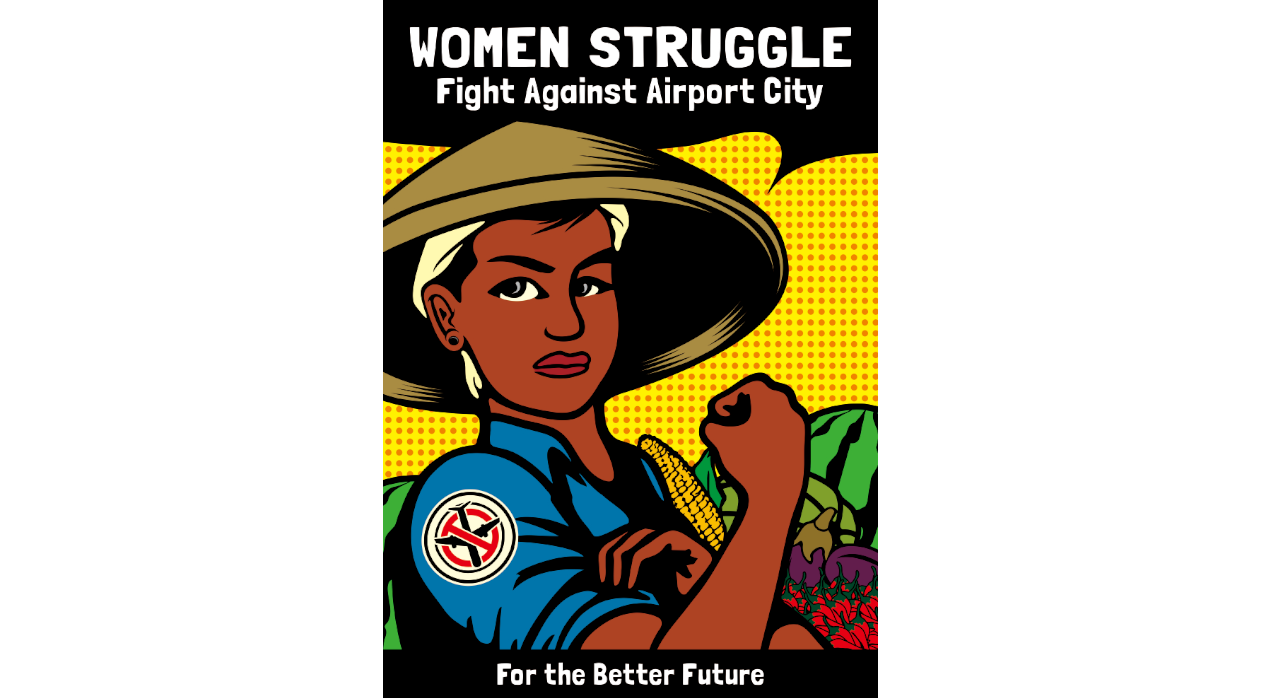 On International Women’s Day, 8th March 2022, Stay Grounded and EnvJustice highlight the role of women in resisting injustices caused by airport projects around the world. Women’s voices, minds and bodies have been some of the strongest when it comes to justice struggles but have simultaneously endured disproportionate impacts from such struggles – as we present here, the case of aviation is no exception: Women play a prominent role in many of the 95 cases documented in the Map of Airport-related Injustice and Resistance. A majority of the conflicts involve disputes over land acquisition for new airports and expansion of existing airports. The map includes serious instances of human rights violations such as forced evictions and inadequate resettlement. Along with losing their homes displaced communities often lose farmland and the livelihoods derived from crops and livestock. However, these cases also show victories, alternative proposals for ways of living and multiple forms of resistance against the growing aviation industry by the environmental justice movements around the world.

In many cases women play a leading role in resistance, developing networks and organizing campaigns and protests to protect communities, territories and the planet. In one of several documented cases in India, women from seven villages led a “No Airport” agitation against the acquisition of a large area of farmland for a new airport in Purandar. A series of protests, including roadblocks, involved thousands of people yet the struggle, as captured on the EJAtlas, continues. Women also took on a key role in resisting forced eviction for the construction of the New Yogyakarta International Airport in Java, Indonesia. They stood their ground against intimidation by large numbers of male officials, faced down heavy verbal aggression and refused to obey commands. Refuting claims that the airport was for their economic benefit, they asserted their right to remain in their homes. Women, alongside men and children, resisted demolition exercises by standing and lying in the path of the bulldozers. Evictions continued and the airport became operational, but the protests did lead to some improved terms of resettlement.

Women struggle for land rights and to safeguard their communities

Women are disproportionately impacted by evictions for airport projects. In many instances, women contend with more insecure land tenure than the men in their own families. One example is Julius Nyerere International Airport, Tanzania where three settlements were demolished to make way for a third terminal and the areas where evictees were resettled. After resettlement people lacked a clean water supply and were at increased risk of homelessness, joblessness, food insecurity and loss of livelihood. Women were particularly adversely affected by loss of employment and income opportunities from small-scale and home-based businesses. In another case, the ongoing construction of Chinchero Airport, near Machu Picchu in Peru is destroying fertile farmland along with impacting important archaeological sites and places with long-established social structures, customs and practices which are now in jeopardy from this project. Rocío Ccjuiro, a young Quecha indigenous woman demanded the safeguarding of the communities’ natural, historical and cultural heritage but has since had to distance herself from the struggle after receiving serious threats including murder. Impacts on specialist weaving industries in this area are a particular concern for women’s livelihoods and traditional practices.

Violent evictions and women at risk from societal disruption

Women are at risk from the violence of forced eviction, and from violence that can arise from societal disruption caused by airport land conflicts. In southern Nigeria, for example, the allocation of a large site for a cargo airport in Ebonyi triggered protests by people facing displacement from their ancestral land. Bulldozers demolished homes and destroyed farmland and crops. Many people were left without food and shelter and women were particularly badly affected. The nearby Obudu Cargo Airport conflict escalated to violence. In March 2020 a woman (unknown name) was killed in a clash over compensation for land acquired for this airport. Connected to this conflict, on 5th January 2021, at least three residents were shot by a group of police and civilian gunmen including a woman who was shot in both legs. Women have also suffered sexual violence in connection to airport conflicts. In May 2006 a police repression operation was launched against communities defending their lands when resisting New Mexico City International Airport (NAICM). More than 200 people were imprisoned, among them 27 women who were raped during their detention. In yet another example, residents of the Juma Cell village living on the disused Bulakati Airstrip resisted Uganda People’s Defence Force (UPDF) attempts to repossess the land. A violent raid took place in this village on 22nd March 2011 where three women were raped and one was severely injured. Residents suspected UPDF soldiers of participating in the raid and petitioned and protested, demanding removal of the army detachment that had been established on the airstrip lands. A decade later, in March 2021 as the Juma Cell village was still struggling with land tenure related to the Bulakati Airstrip conflict the chairperson of the village said people would only be sure of their safety on the land if their tenancy was formalised. Another example of a protracted struggle for justice relates to King Mswati III International Airport in Swaziland. Residents’ demands for compensation for damage to their houses caused by construction works date back 20 years and in November 2021 affected people, mainly women, held a protest for nearly a week.

The cases of King Mswati III International Airport and Juma Cell illustrate the ways in which these cases of social and environmental injustice tend to drag on for years. This reinforces the importance of having a resource like the EJ Atlas for documenting and tracking the course of such vital mobilizations and their evolution over time. The hope of having such a living archive is not only to make visible the injustices related to airport conflicts, but to collect knowledge shared by this network of people so that they may share strategies for overcoming the daily injustices experienced when struggling to secure their livelihoods and in defending the planet.

Analysis of the conflict cases showed that one of the strategies applied in struggles that were seen as (partly) successful by the movements was the connection of the local struggle to global allies. Such networking efforts have been undertaken by the Global Antiaerotropolis Movement (GAAM) and Stay Grounded both founded by women and still coordinated mostly by women.

All the conflicts presented here, and more, can be viewed on the Map of Airport-related Injustice and Resistance which is a co-produced, open-access resource and we welcome your involvement and support. Women had prominent roles in the research project as well: it was co-founded and coordinated by Rose Bridger (Stay Grounded/Global Anti-Aerotropolis Movement-GAAM) and Sara Mingorría (Stay Grounded/EnvJustice ICTA-UAB). The mapping is a collaboration between Stay Grounded and the EnvJustice project of the Institute of Environmental Science and Technology at Autonomous University of Barcelona ICTA-UAB. Our investigative work has uncovered evidence of many more instances of environmental and socio-economic injustice as aviation expansion continues. We are determined to continue investigating these cases with the aim of making visible the numerous environmental justice movements around the world that are fighting for a life worth living. 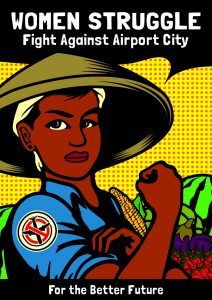 To view the map visit – https://ejatlas.org/featured/airport-conflict-around-the-world
If you would like to add an airport conflict to the map and need assistance please contact the mapping team for support. Email: mapping[at]stay-grounded.org