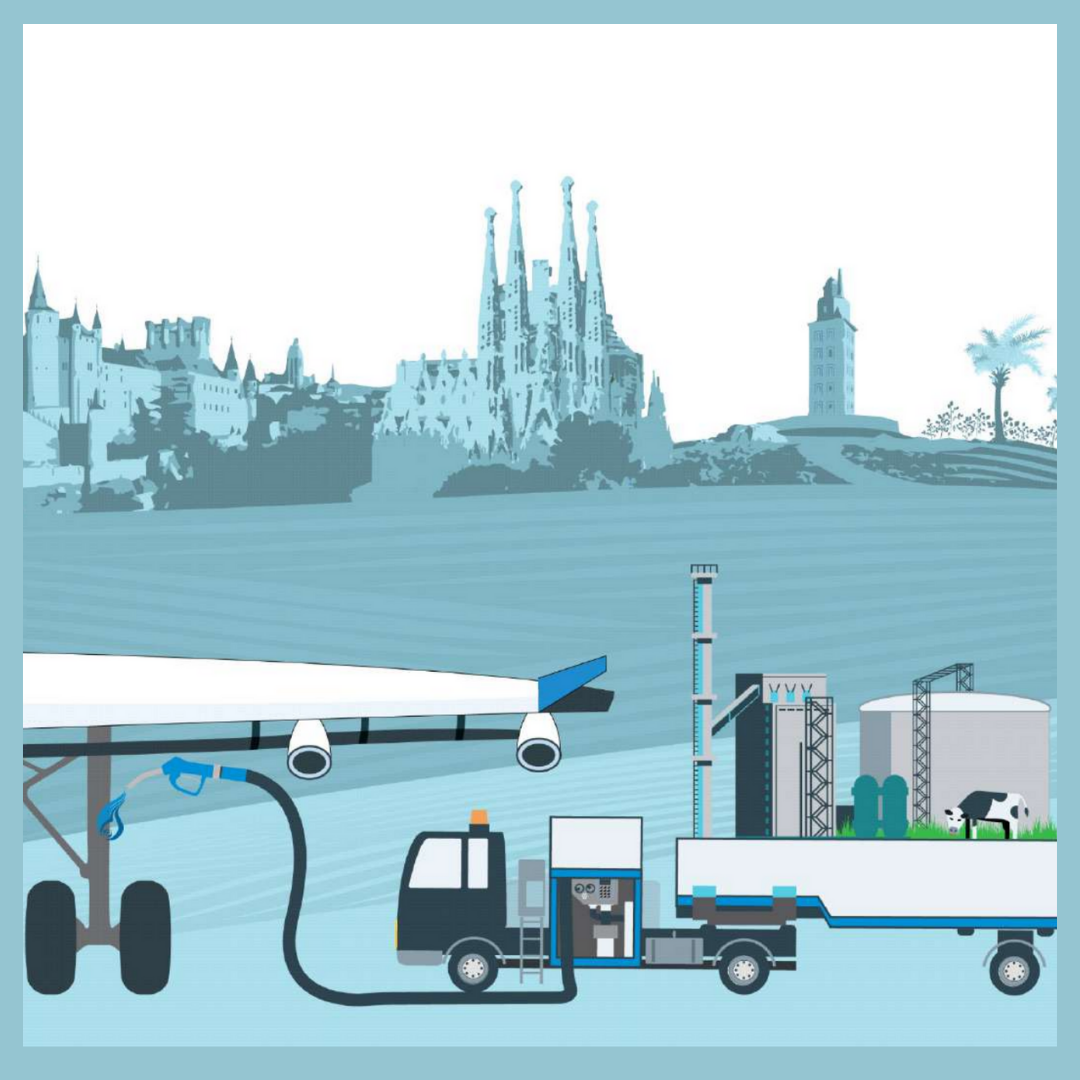 This summary was originally posted on the Ecologistas webpage. You can find it and the Spanish version here: https://www.ecologistasenaccion.org/187431/informe-los-biocombustibles-para-aviacion-en-el-estado-espanol/

It is an indisputable fact that aviation is a sector that is difficult to decarbonise. Fuel consumption can be reduced through the use of more efficient aircraft and through various operational interventions, but the reductions that can be achieved by these means are limited. At the international level, recent policy-driven attempts to mitigate emissions in the aviation sector have focused on offsetting systems, but most roadmaps designed to achieve longer-term decarbonization in the sector depend on the large-scale deployment of sustainable aviation fuels (SAFs) and renewables.

Although the aspirations in relation to SAFs have been ambitious, the adoption of these fuels has been slow, both in Spain and worldwide, mainly due to the high production costs and the absence of a sufficiently solid policy to promote its implementation. This political framework is likely to change with the introduction of the “Fit for 55” package of measures for climate protection that the European institutions are currently negotiating and which includes the proposal for a new regulation called “ReFuelEU” that would impose binding targets from here to 2030 for the supply of SAF.

A potential technological roadmap for SAF production is the hydrotreating of vegetable oils to produce aviation fuels from hydroprocessed esters and fatty acids (HEFAs). Several refineries in Spain are already producing large volumes of hydroprocessed renewable diesel, most from palm oil. This capacity could initially be reoriented towards the production of HEFA aviation fuels, but to meet the sustainability requirements proposed in the ReFuelEU regulation, a number of practical hurdles would have to be overcome. Among them, it is worth noting on the one hand the need to replace oils for food use with used oils to meet the sustainability requirements of ReFuel EU. For another, the implications that the reorientation of the plants towards the production of aviation fuels would have for the production capacity of diesel and biodiesel. Therefore, it is more likely that new dedicated facilities will be required to generate a high proportion of HEFA fuel production and that existing co-processing capacity will continue to be used to produce renewable gas oil.

A broader issue regarding vegetable oil-based technologies is that they will have to compete for feedstocks with the already established market for renewable automotive fuel. This competition could lead to higher prices for all consumers of renewable hydroprocessed fuels and would increase the risk of a shift of raw materials and renewable fuels from the automotive sector to the aviation sector without boosting the production of additional volumes or additional reductions in carbon emissions are achieved. The use of vegetable oils also raises issues related to sustainability, given that the benefits offered by these technologies in terms of emission reduction are very sensitive to the choice of raw materials, and that the use of pure vegetable oils, especially palm oil, implies significant emissions resulting from the indirect change in the use of the Earth. In this way, the increased demand for food-based oils to replace fossil fuels could lead to an increase, rather than a reduction, in net emissions.

Not all SAFs are equal

However, not all SAFs are made equal; There are more advanced processes that are more attractive options with a view to decarbonization. Technologies to produce biofuels from cellulosic material could take advantage of biomass resources, which are much more abundant and used much less than vegetable oils and, therefore, a more scalable option with a view to achieving the goals from now to 2050. The ReFuelEU regulation also proposes a sub-mandate for so-called electrofuels, which can be synthesized from renewable hydrogen. To produce them, it will be necessary to generate new renewable electricity, but they have a more long-term growth potential than biofuel production processes.

We are currently not aware that any of the Spanish airports (which between them consume 6.9 million tons of fuel per year) nor that any of the Spanish airlines have detailed plans on the use of sustainable aviation fuels in commercial volumes. The CAS represent an important element of the Climate Action Plan of Aena, the operating company of Spanish airports, and the Spanish airlines have agreed with the Government to use CAS within the framework of initiatives such as the so-called Biokerosene. Spain now has the opportunity to take a high-sighted course through policies and objectives that provide overwhelming advantages to companies that produce cellulosic biofuels and electrofuels produced from renewable energy sources.

>> For the full report visit: https://www.ecologistasenaccion.org/187431/informe-los-biocombustibles-para-aviacion-en-el-estado-espanol/