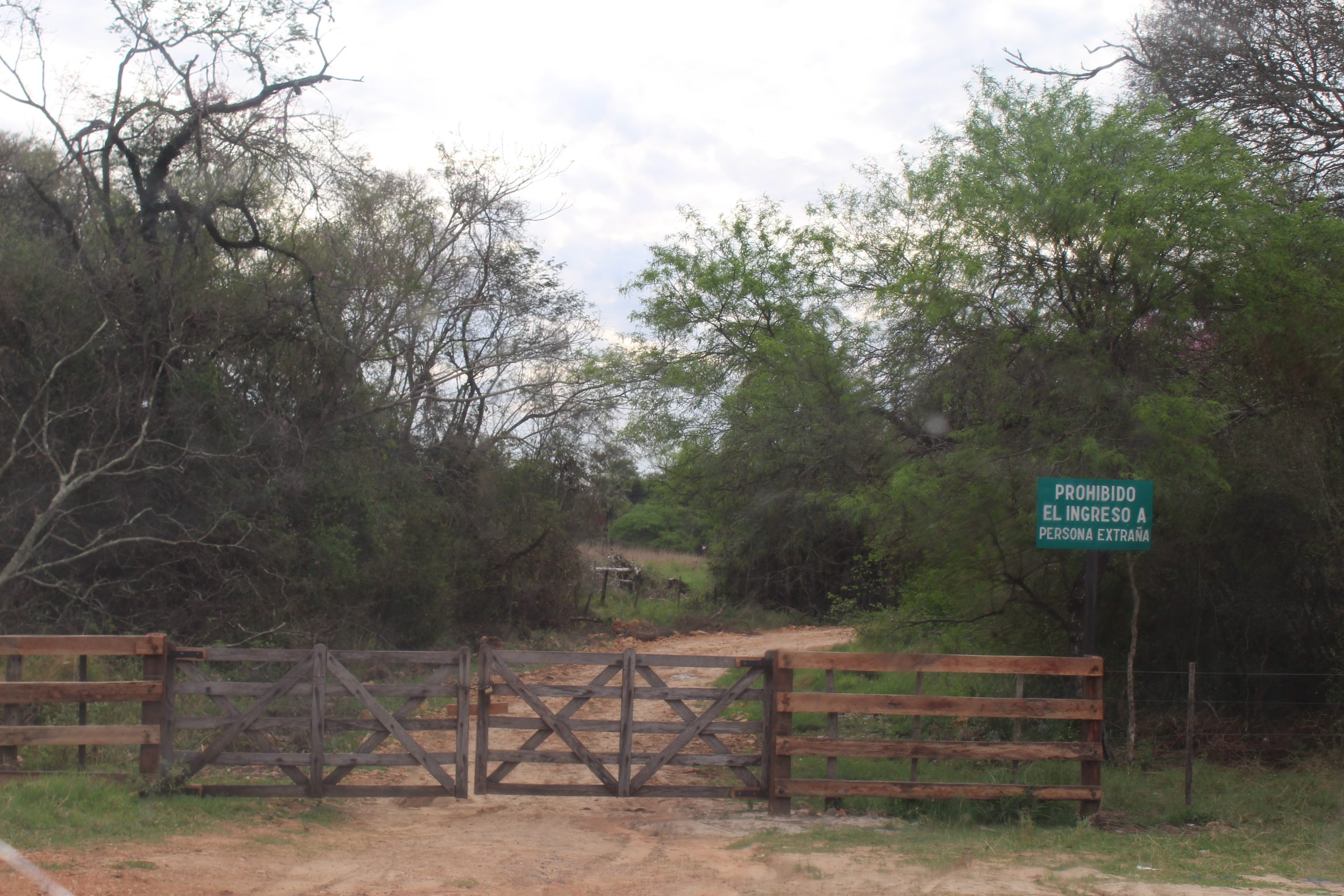 Asunción/London/Utrecht/Vienna, March 29 2022 —  As a result of the Ukraine war, many countries face worsening hunger crises. Yet research finds that the food price shock could be softened by scrapping agrofuel production and using arable land for food production instead.  One especially glaring example of unsustainable agrofuel production is revealed in a new case study released today by the global Stay Grounded network, Biofuelwatch, Heñói and the Global Forest Coalition: The Omega Green Biofuel Refinery that is being built by the Brazilian firm ECB in Paraguay. The authors of the study warn that the refinery will bring more destruction, suffering and expansion of unsustainable agribusiness that perpetuates the extinction of Paraguayan native peoples only to produce fuel for other people’s planes.

The agrofuel production will come at the cost of healthy ecosystems, access to land, a sufficient food supply and the livelihoods of the local population. “The input from monocultural plantations of soy and pongamia, as well as animal fats will bolster illegal deforestation, boost the unsustainable beef export industry, minimize the possible arable land to grow food, contaminate the surface and groundwater with pesticides and include violations of the rights of indigenous peoples,” warns Coraina de la Plaza at Global Forest Coalition.

Omega Green (hence: Omega) will be the first refinery of its kind in South America, one of the world’s largest to date. The refinery will not serve Paraguay’s own energy needs: it is set to produce primarily aviation agrofuels, while Paraguay is the lowest emitter of CO₂ by air transport in South America and simultaneously ranked as the most vulnerable country in South America to impacts from the climate crisis.

“Biofuels and especially biofuels for aviation satisfy the demand of a global minority, while the demand in Paraguay itself is extremely low. Omega Green, like all extractive projects, brings more destruction, pain and extinction to our people. The project is dominated by interest and profits of big foreign investors and businesses, while threatening local ecosystems and impoverishing and sickening the peasant and indigenous population,” urges Inés Franceschelli, co-author of the case study and researcher at Heñói.

Paraguay suffers under an economic model imposed by big transnational corporations that extract income and leave behind deforestation, dying ecosystems, pollution, poverty and ill health. The Paraguayan government even went so far as to give the owner of the Omega project, the ECB Group, a total tax exemption as well as a permit to repatriate all of its capital and profits at no cost.

“Our case study shows once again how biofuel production for aviation will come from crops and trees grown for that purpose, such as soy and pongamia. This is no solution to the harmful impacts of aviation. On the contrary, biofuels have negative impacts on communities, forests, biodiversity and livelihoods via land-grabs and deforestation. Instead of relying on biofuels, aviation’s growth must be stopped and reversed and mechanisms incentivising the production of biofuels as a climate solution must be ended,” demands Almuth Ernsting, Co-Director at Biofuelwatch.

“We must feed people, not tanks! While many millions of people are still starving worldwide, we cannot use ever more land for fuel crops and burn food. Also, projects like the ill-named ‘Omega Green’ refinery are adding more fuel to the ecological crisis: greenwashing through promotion of agrofuels will only accelerate global heating. The only way to bring down emissions quick enough is to reduce aviation,” says Mira Kapfinger, Co-Founder at Stay Grounded.

Omega is part of an agrofuel development process in South America with the false promise of being a ‘sustainable solution’ for tackling the climate crisis. It is vital that we put an end to this false promise before the construction of the refinery continues and compromises the Paraguay River, one of the main sources of life in the national water system. The impact on the local population is already evident in the destruction of the Santa Rosa community in Villeta.

Stay Grounded is a global network representing more than 180 member organisations campaigning for a reduction of air traffic and a climate-just mobility system, including local and national airport and climate campaign groups.

Heñói is a study center for the promotion of democracy, human rights and socio-environmental sustainability, based in Asunción, Paraguay.

Biofuelwatch is an organisation based in the UK and US providing information, advocacy and campaigning in relation to the climate, environmental, human rights and public health impacts of large-scale industrial bioenergy.

Global Forest Coalition is an international coalition of NGOs and Indigenous Peoples’ Organizations defending social justice and the rights of forest peoples in forest policies.