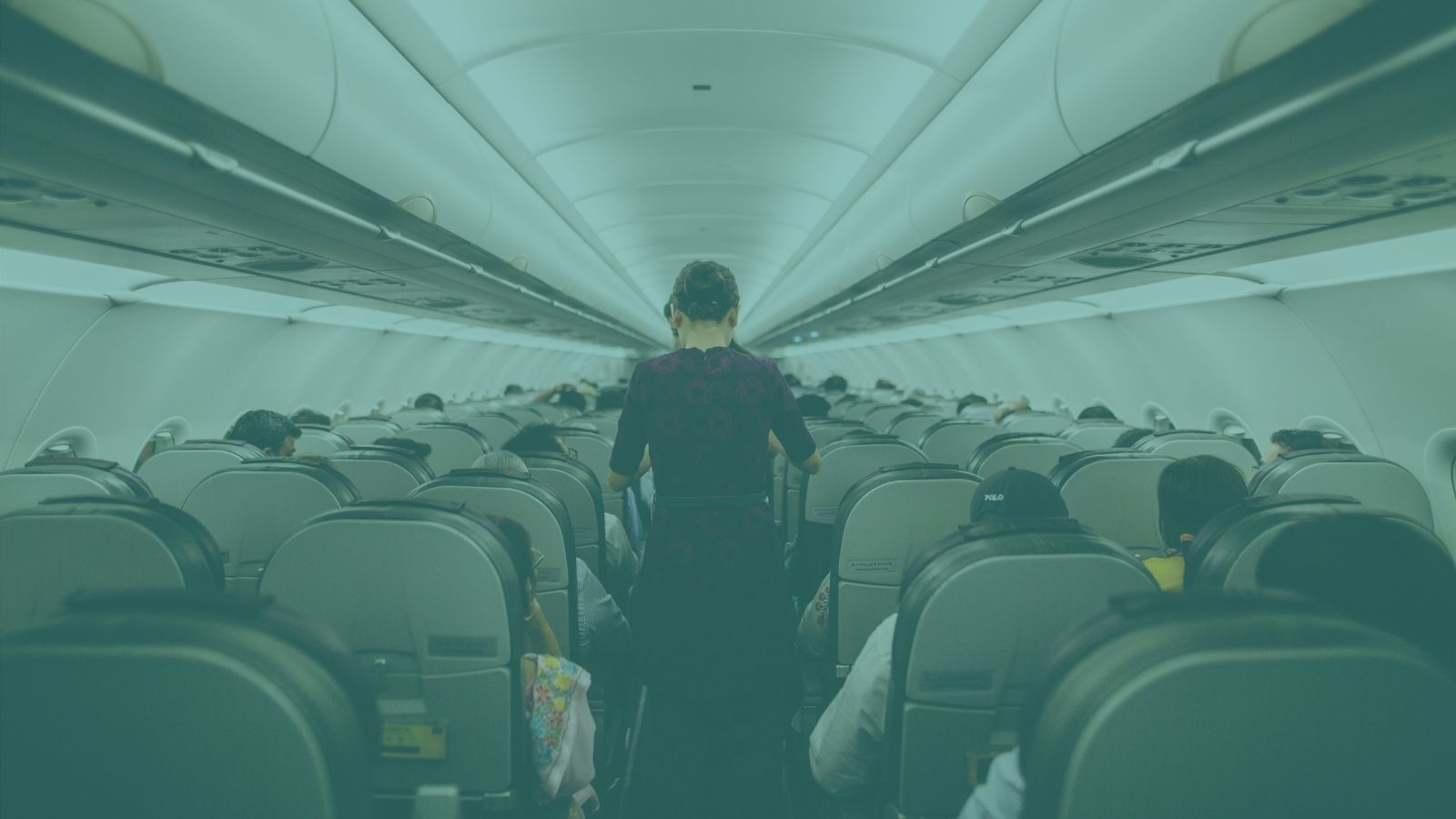 How do we envision a transition process that cares for the climate and the people whose livelihoods depend on aviation and tourism? How can this be done together with workers and trade unions, instead of against them? And what can we learn from the coal transition that has been taking place in Spain and other places?

On April 30th, Stay Grounded and Ecologistas en Acción organized the bilingual webinar “Safe Landing: Organizing a Just Transition with Aviation Workers”. A diverse range of speakers contributed with interesting facts, important questions and ideas for what needs to be done to ensure a just transition away from aviation.

Magdalena Heuwieser from Stay Grounded set the stage with a summary of the discussion paper A Rapid and Just Transition of Aviation which was published this year together with the UK union PCS. With a lack of scientific evidence for quick technological solutions like enough supply of electrical fuel, Heuwieser made clear why we cannot hope for green growth of aviation. Therefore, flights will need to be reduced, especially in countries of the Global North. This will need to include changes in the way tourism, trade and work is organized. In order to prevent a crash landing with widespread unemployment, a collective democratic management for a transition of jobs is necessary. The discussion paper proposes several principles for such a process. “Aviation and tourism will change, and they will do so either by design or by disaster”, Heuwieser said. “So let’s choose design!”

Eoin Coates, Head of Aviation in the European Transport Workers Federation (ETF), outlined the difficult situation for aviation workers due to the pandemic, with 60% of ground staff workers out of work in Europe. While it might be possible to shift jobs from cabin crew to the railway, a transition process might be harder for such workers at airports. Coates pointed out that for climate measures, incorporating the social effects into proposed strategies and solutions is key. For example, the recent cancellation of tiny-haul flights in France could lead to low cost carriers getting the free airport slots. This would mean replacing good jobs with bad jobs. The same can be the case for privatized rail systems and low cost bus travel.

Carlos Martínez, member of the Secretary of Environment from the Spanish Union Confederation (CC.OO.), has been involved in the coal transition in Spain. Due to a EU regulation, all non competitive coal mines had to be closed by 2018. Plans for alternative development in the region which began in the 1990s did however face difficulties. Workers did not agree with shutting the mines down and therefore the opening of new companies was hindered. The situation has now changed as the inevitability of change becomes clearer in the context of the environmental crisis. In 2018, the involved companies, unions, governments signed a framework agreement to carry out the coal transition. Thermal and atomic plants will follow. Spain has also agreed on a comprehensive cross-sector national transition plan. Martínez made clear that such cross-sector plans are key in order to be able to create realistic scenarios for energy, transport (aviation, cars, public transportation and railway) and tourism. He also pointed at the importance of close collaborations between unions and environmental stakeholders. In January 2021, CC.OO. together with NGOs like Ecologistas en Acción and Greenpeace, published a proposal for a Just Transition of the Tourism sector (summary in German here).

Jonathan Essex, from the Green House Think Tank, presented their report Green New Deal for Gatwick (German translation here, slides in English here) that was published in November 2020 together with the union PCS and campaign group Green New Deal UK. The report presents a detailed plan of how jobs could be shifted from Gatwick airport to other locally needed jobs, grounded in discussions with workers and unions. It became clear that for workers, it does not help much if X number of jobs is replaced by X number of jobs elsewhere. It is key to find decent jobs nearby in the local area in a whole range of occupations matching the skills sets of those working at the airport – including in the care sector, in nature conservation, public transport and retrofitting buildings. Such a transition would make local regions much more resilient. Currently, the whole sub-region is dependent on one employer, the airport city, and therefore tends to be supportive of the growth of the airport at any cost. Instead of an airport-city, a diverse resilient city-region could evolve.

Finlay Asher, who recently quit his job as an aircraft engineer,  is now active at the worker’s initiative Safe Landing. When working at Rolls-Royce (the second biggest aircraft engine manufacturer designing future aircraft engines for Boeing and Airbus), Asher realized that the technology is not being improved at the same rate as the industry is growing. As it was hard to speak openly inside the industry and to criticize the ongoing greenwashing, he quit his job to demand regulations of the industry like a fuel tax. Safe Landing is now an initiative open for all current and former workers at airports, airlines or manufacturers who feel that their industry is lacking behind the climate commitments. The idea is to reach out to workers and unions, and open up discussions towards necessary industry regulation and a just transition.

Some major take-aways from this webinar were the following: It is key that the climate justice movement and environmental NGOs understand the labour issues involved with transition processes, and seek collaborations with unions, and vice versa. While it might be hard to get a trade union on board with a just transition process, it is an important part of the process to have informal discussions with work councils and rank and file workers’ initiatives, strengthen one to one relationships, find commonalities, and support critical discussions inside unions. If workers have no jobs guaranteed, getting their support for bigger changes will be almost impossible. Some transitions might be easier than others – for example engineers may have transferable skills, and a company’s production could switch. Others may need long-term reskilling and investments in new climate jobs. To quote Carlos Martínez: “Even though it‘s difficult – we need to do it!“