The “System” and/or the “Behaviour”? What do we need to change? A Discussion and a Webinar 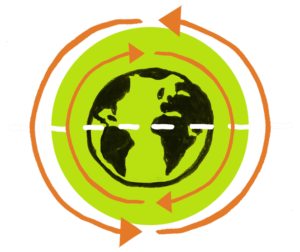 Systemic change – on political, economic and cultural levels – is necessary to avert a climate catastrophe, and should have started decades ago. In the past years, we have not only witnessed how slowly the political and economic system is able to adapt – but that in many cases it accelerates and deepens the crisis we are already experiencing. The Climate Emergency in which we are living right now calls for intentional, radical change of our economy, politics and culture on a global level.

The question about how social systems can be changed intentionally is not a new one. The approaches are manifold: from lobbying and petitions for political changes to policy programmes targeting the behaviour of citizens (e.g. “nudging” or incentivizing them to change their behaviour), awareness raising campaigns and pledges to change one’s own behaviour in a more sustainable way to civil disobedience – just to name a few examples. There is an ongoing debate – in academia, politics and in activist contexts – about the role for “the individual” in instigating systemic change. Classical behavioural change approaches are often criticised as neglecting the underlying political and economic structures that stabilise and reinforce the current system.

In this article we want to elaborate the campaign strategy we chose for our new “Let’s Stay Grounded!” campaign and discuss the different psychological and sociological approaches that inspired it. We can’t get too much into details – since there are so many models and theories – so we just want to outline a few chosen lines of reasoning in this field.

Join the discussion about the relation of system and/or behaviour change in campaigns against aviation in our WEBINAR on System and/or Behaviour Change on October 29th (16:00-18:00 CET)!

Theories focussing on the individual 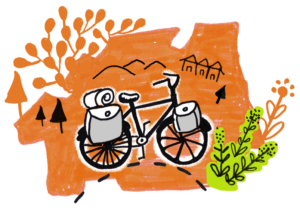 Behaviour or the Norm-Activation-Model) try to explain the different interrelated influences on individual behaviour that constitute environmental motivation and action. These are for example problem awareness, perceived responsibility and self-efficacy that affect the personal ecological norm; which in turn leads, together with social norms and the costs and benefits of behaviour, to an intention to act (sustainably). This intention influences the actual pro-environmental behaviour. Habits are present in every stage of the decision making process (Hamann et al. 2016). A big question is the role of emotions and irrational or subconscious behaviour (often linked to habits) – those are not included in all models, but e.g. in approaches of behavioural economics that promote the subconscious “nudging” of people to change their behaviour. These very diverse theories are applied in various environmental change programmes and awareness raising campaigns.

Practice theory is young but already influential in social scientific research on sustainable consumption. It criticises behaviour change models focussing solely on individual behaviour. Shove (2010) calls these the ABC approaches that claim social change depends upon values and attitudes (A) that drive the behaviour (B) that individuals choose (C) to adopt.

According to practice theory, not the individual, but practices are the central unit of analysis. Individuals perform practices and by doing so, reproduce them. Practices are a “routinised type of behaviour which consists of several elements, interconnected to one other: forms of physical activities, forms of mental activities, ‘things’ and their use, a background knowledge in the form of understanding, know-how, states of emotion and motivational knowledge” (Reckwitz 2002, p. 249). These “elements” of practices – put more simply as materials, competences and meanings – are part of the practices, not of the individuals, that means they are all part of a wider social context that lies beyond the individual.

Therefore, in campaigns and programmes, not just the element of meaning, but also the elements of materials/infrastructures and competences of practices have to be addressed. There are some examples of programmes that do that – see the literature list below – but the debate is still primarily academic.

The approach in the “Let’s Stay Grounded!” campaign

In the “Let’s Stay Grounded!” campaign, we principally share the critique of purely individualistic approaches. We do not think that by persuading as many people as possible to change their behaviour, social transformation will take place automatically – this ignores the diverse social contexts individuals are part of, and the political, material and economic structures that “lock in” certain practices. The group that is likely to be persuaded to change its behaviour voluntarily will definitely be outweighed by millions of people predicted to start flying in the near future, served by the over 1000 airports that are built or expanded right now. Even though the campaign is inspired by practice theory, we also value the contribution of psychological theories, especially when dealing with the change of norms and encouraging people to get active.

In the campaign, we want to address the three different elements of the practice of flying simultaneously:

See more about our campaign and the 4 pillars it rests on here.

We are aware that individuals have differentiated capability to change their travel behaviour: rail travel is still much too expensive, they may be involved in (e.g. professional) practices or in life situations that urge them to take a flight (e.g. families living abroad), or they may not have access to alternative mobility infrastructure. However, many people living in Europe do have some freedom in choosing not to fly (often more than many are aware).

Individuals who are able and voluntarily choose not to fly anticipate the systemic change that has to take place. By doing so, they may be confronted in their own lives by systemic obstacles associated with choosing not to fly. This way, they can become ambassadors for systemic change:

Our campaign makes these individuals visible, connects them among each other, and, most importantly, encourages them to get active in a movement for systemic change.

The “individual” we address is not solely a consumer making choices but a political citizen demanding structural change. We regard the pressure of civil society as a very important element to bring about systemic change, since political and economic systems are currently victims of their own systemic logics. At the same time, we acknowledge that the influence of citizens is only indirect: mass actions against airport expansion or the aviation industry or petitions do not immediately change infrastructures or policies, but they create pressure on governments and businesses to bring about these changes.

The “Let’s Stay Grounded!” campaign aims to connect the individual with the systemic level. Systemic and behavioural changes are two sides of one coin, connected intrinsically with each other, and without them both societal transformation cannot be realised.

1 We are the team currently working on the “Let’s Stay Grounded!” campaign. The views reflected here do not reflect the views of the whole Stay Grounded Network, even though the strategy paper of the campaign was feedbacked by members of the network.

Reckwitz, A. (2002): Toward a theory of social practices: A development in culturalist theorizing. European journal of social theory, 5(2), 243-263. Download.