What you can do: Sign as individual >> Sign with your organisation >> Organize Actions  >> Spread the Information >> Join our webinar >> Read our Fact Sheets

While millions of people all over the world are fighting for their future and pushing harder for climate action, the aviation sector is redoubling its greenwashing efforts. Its lobbying campaigns spotlight improbable technological step-changes to legitimise the plan to jump back to pre-Covid growth levels.

But their promised ‘solutions’ are flawed!

Even worse: the sector has never kept its word.
Even if its promises were plausible, any meaningful climate benefit would come too late and be consumed by proposed expansion plans.

Climate science is clear about the urgency to deeply cut emissions by 2030 —
not by 2050 or even later. Communities around the globe, especially those least responsible for the climate crisis, are already affected by its impacts — any commitment to climate justice requires that we wait no longer to enact real change.

We cannot tolerate diversionary tactics! We demand real solutions to the crisis now.
With this petition we urge decision makers around the world to stop engaging in greenwashing and to instead reduce flights to a minimum. We call for a just transition, significant taxes on aviation fuel and tickets (with a focus on long haul and business class) and the shifting of short- and middle-haul flights to rail. Progressive policies such as a frequent flyer levy are available to ensure the biggest polluters pay their fair share, and do not pass the burden on to those who hardly fly at all.

Read in other languages:

This petition is backed by the following 95 organisations:

Global Days of Action against #Greenwashing of Air Traffic

Take a look at our worldwide actions

during the COP26 climate summit

Different experts discuss the future of aviation and showcase examples of greenwashing. 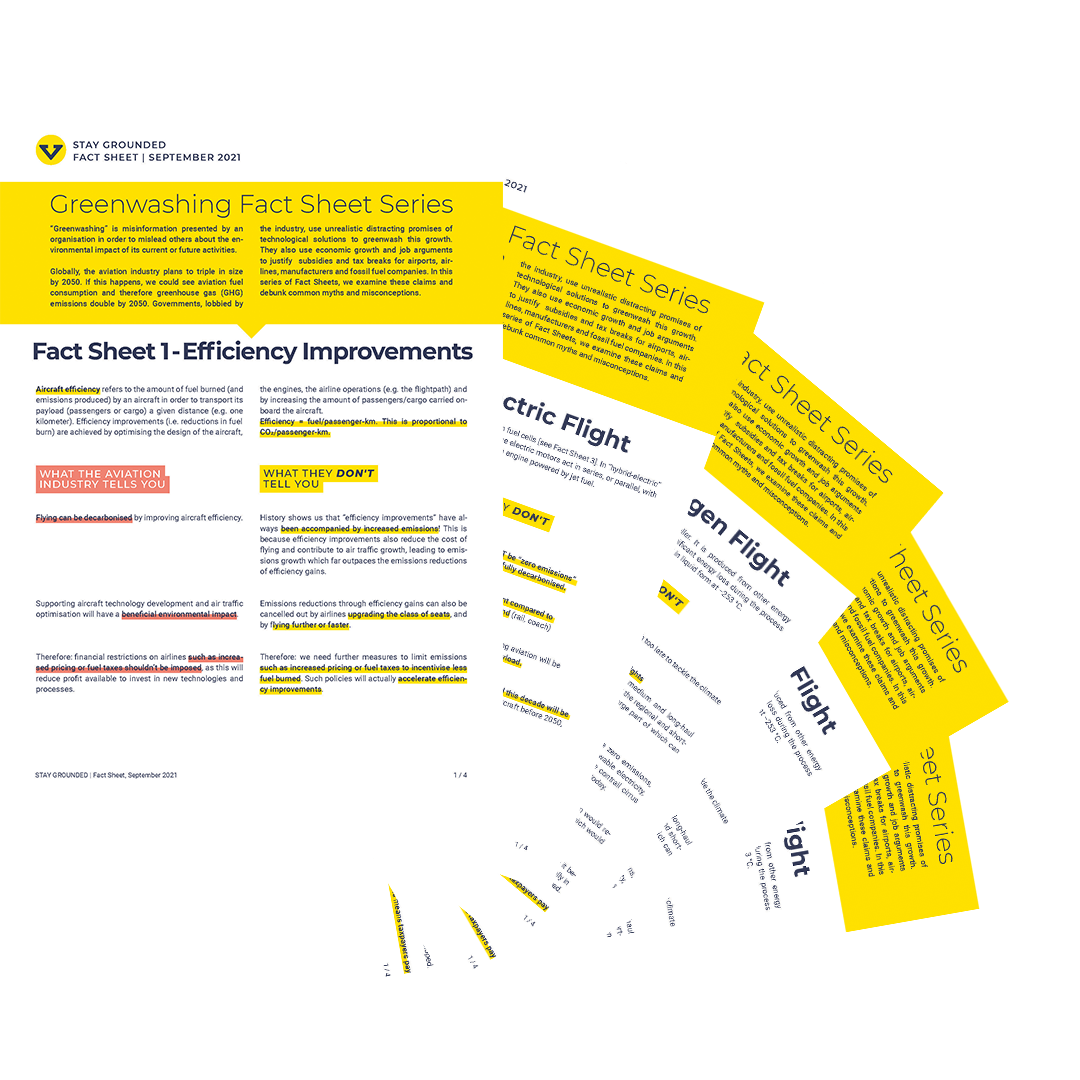